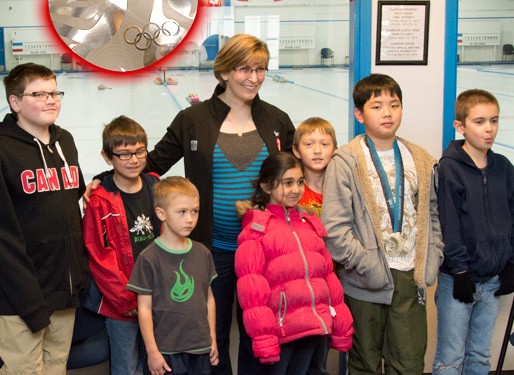 Thankyou to Cori Morris (Bartel) for visiting some of our 2014 group and sharing her inspirational and interesting Olympic stories!

Apparently we're not the only ones who think Cori is one of the nicest players in curling.  She won the the Marj Mitchell sportsmanship award at the 2009 Scotties Tournament of Hearts.

Thanks again Cori for sharing your time with us!